from Dungeon Bastards by Ghoul 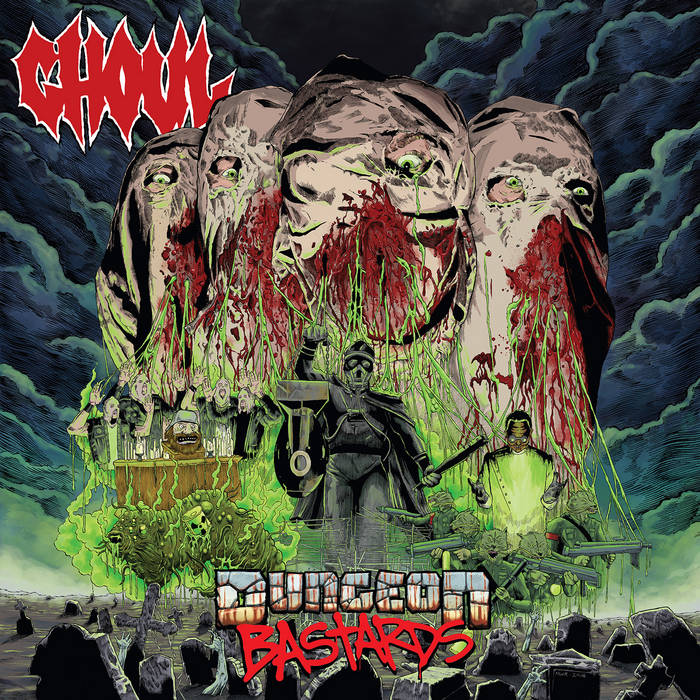 Viltek Novotny, a lonely, drunken goat salesman, emerges from a local tavern with a belly full of vodka, a head full of regret, and pants full of last night's borscht. What he would witness, he would never forget.

Limbs were bit while pants were shit
Eyes gouged out from fleshy pits
Fists met faces, boots met brains
Cobblestones slick with the blood of the slain
Bodies cleaved in twain

It beggared belief
The madness I saw in the streets
A fat one was gnawing the head of a canine
A skinny one gnawed on its feet
Thundering engines
Grew louder, approaching the fray
Leather and chains, splattering brains
From up in the statue, the order, "Obey!"

Faces were peeled with murderous zeal
Howls for mercy were left un-appealed
Fists met faces, boots met brains
Cobblestones slick with the blood of the slain
The slaughter could not be contained

Back to the Inn for a flagon of gin
Covered in carnage, my head was a-spin
Drowning in liquor to deaden my pain
Haunted by that Death Campaign